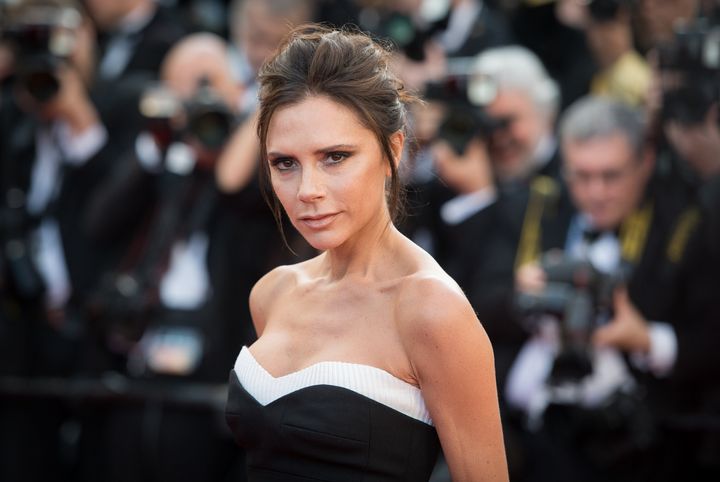 Victoria Beckham opened up about the criticism and scrutiny of her weight over the years ― and being forced to endure a terrible TV stunt after the birth of her first child ― in a new interview for Vogue Australia.

“I’ve had ‘Porky Posh’ on a headline, I’ve had ‘Skeletal Posh,’” the fashion designer said, recalling past media coverage of her body.

“After I had Brooklyn, there was a picture on the front of a newspaper pointing to every single part of my body as to where I had to focus on losing the weight from,” Beckham said, reflecting on what tabloid culture was like over 20 years ago. “Imagine doing that now.”

She also brought up an infamous segment from the show “Don’t Forget Your Toothbrush,” where host Chris Evans (not that one) weighed the Spice Girl on TV.

“I’d just had Brooklyn and lost a lot of weight after,” Beckham told Vogue Australia. “It happened to my mum after her pregnancies. It doesn’t mean you have an eating disorder. And he made me stand on scales and be weighed. Can you imagine doing that nowadays?”

In a clip of the show, which aired in 1999, Evans tells Beckham: “A lot of girls want to know ― because you look fantastic again ― how did you get back to your shape after your birth?”

Beckham answered that she hadn’t done anything in particular, and that she didn’t work out. Evans asked if her weight was “back to normal.” After Beckham said yes, Evans pulled out a scale and asked her to get on it and weigh herself.

“Oh, no!” the singer answered. “You did this to [fellow Spice Girl] Geri [Halliwell], didn’t you? But Geri was like, really small. This is horrible.”

Representatives for Evans did not immediately offer a comment when HuffPost reached out.

Beckham recently spoke about how her attitude on size and body shape has evolved over the years, telling Grazia magazine in May that “it’s an old-fashioned attitude, wanting to be really thin.”

“It’s not about being a certain size. It’s about knowing who you are and being happy with who you are,” Beckham told Grazia.

“I have found my own balance between wanting to have fun and being disciplined about eating healthily and working out,” she explained. “When you’re younger you fight against that balance, but through being older I’ve reached a place where I know what that balance looks like. I just know what works for me.”

If you’re struggling with an eating disorder, call the National Eating Disorder Association hotline at 1-800-931-2237.