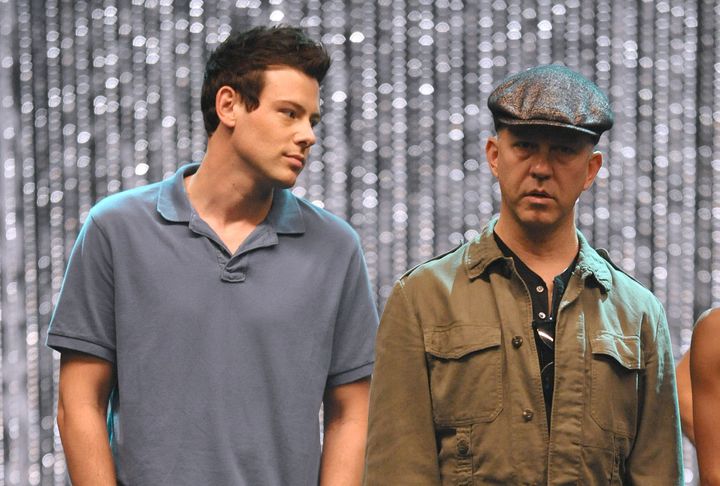 Over its six-season run, “Glee” launched a era of followers to musical theater and catapulted a lot of its younger forged to stardom. The present’s co-creator, nevertheless, has some stunning ideas on its conclusion.

In an look on the “And That’s What You REALLY Missed” podcast this week, Ryan Murphy stated he now believes “Glee” ought to’ve resulted in 2013, after actor Cory Monteith’s sudden loss of life.

“If I had to do it again, we would’ve stopped for a very long time and probably not come back,” Murphy, a six-time Emmy winner, instructed podcast co-hosts Kevin McHale and Jenna Ushkowitz, each “Glee” veterans.

Monteith was a principal member of the “Glee” forged when the sequence debuted in 2009. He performed Finn Hudson, a soccer jock who discovers a ardour for music when he’s pressured to affix his highschool’s glee membership. In July 2013, the actor died from a mix of drug and alcohol toxicity at age 31.

On the time, “Glee” addressed Monteith’s loss of life with a particular Season 5 episode titled “The Quarterback,” wherein the character of Finn died from an unspecified trigger. The sequence itself resulted in 2015, following the conclusion of its sixth season.

Murphy now admits this may increasingly not have been the very best strategy.

“It happened so quickly with no warning … It’s an episode I was able to watch once, and I never looked at it again,” Murphy defined. If confronted with the same state of affairs on one in all his present Hollywood tasks, he added, “I would be like, ‘That’s the end’ … Because you can’t really recover from something like that.”

“It just felt like an impossible corner we were all put in,” she stated. “There’s no right or wrong.”

Apparently, “The Quarterback” episode has come up quite a lot of instances in latest “Glee” discourse. Actor Lea Michele, who performed Finn’s love curiosity Rachel Berry on “Glee” and was Monteith’s real-life girlfriend, touched on the episode at a July live performance in Washington, D.C.

As Michele launched her rendition of Bob Dylan’s “Make You Feel My Love,” she recalled having first carried out the tune whereas paying tribute to Monteith. Nonetheless, she went on to notice that she’s by no means watched “The Quarterback” in its entirety.

“It’s the only one I’ve not seen,” she stated. “Because I think if I don’t watch it, it just kind of feels like Finn is still there. So this [song] is very special.”

Take heed to Ryan Murphy’s interview on “And That’s What You REALLY Missed” under.