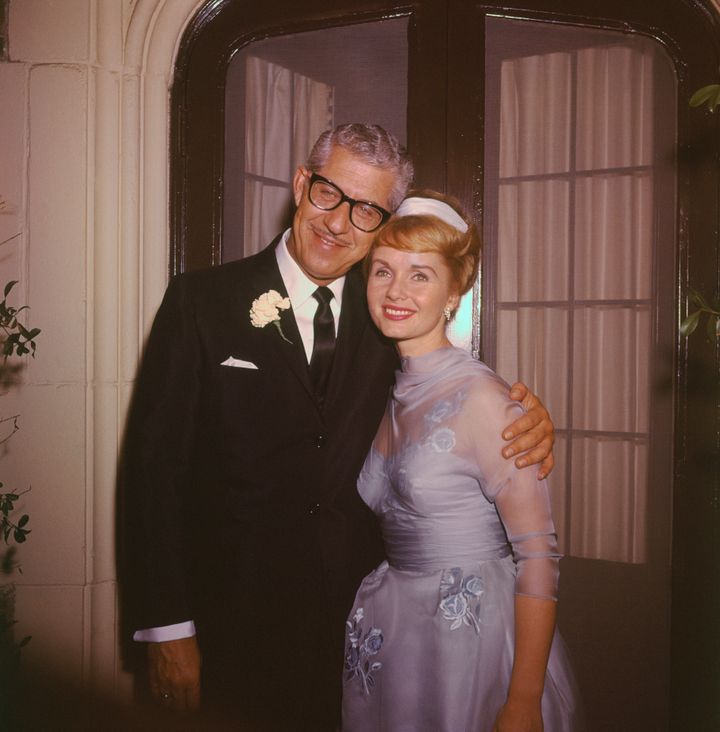 A devastating clip of actor Debbie Reynolds sharing a story of pregnancy loss is recirculating in the wake of the Supreme Court’s decision to overturn Roe v. Wade.

In a 1989 interview, the late actor said she suffered a stillbirth before the landmark 1973 ruling that guaranteed the right to an abortion. Due to pre-Roe anti-abortion laws, doctors refused to remove the fetus even after it “died inside of” her about seven months into her pregnancy, she said.

“It’s just something that I have never forgotten, the pain of it,” Reynolds, who died in 2016, told interviewer Joan Rivers in the now-viral clip.

Reynolds explained to Rivers that at the time, she already had two children, Todd and actor Carrie Fisher, with her ex-husband Eddie Fisher. She wanted to have two more children when she married her second husband, Harry Karl.

Reynolds said that when she and Karl tried to have another child, she became pregnant easily, but lost the pregnancy in her third trimester.

She did not say exactly when this occurred, but she was married to Karl from 1960 to 1973. That was before the Roe v. Wade ruling, which was overturned last month by a conservative-majority Supreme Court.

The court’s ruling opened the door to state-level abortion bans which already have dramatically restricted access to reproductive health care in some states, which experts have warned will lead to trauma, danger and even death.

During her interview, Reynolds lamented the restrictions that were placed on pregnant people before 1973.

Reynolds said that once she and her doctors discovered what had happened, she was told she had to carry the fetus to “full-term.”

“That was the law. It didn’t matter,” she explained. “It had to abort itself — it could not be taken from me. It’s insane to think that could be.”

Reynolds explained that there was an emotional toll involved with continuing to appear visibly pregnant. She said people asked her questions such as, “How’s the baby? What name are you going to name the baby?”

The situation was also physically dangerous. Doctors eventually removed the fetus because her life was at risk, but first “a board” had to take a vote, she said.

“They couldn’t leave it anymore because now the child is in the sac but, of course, finally after so much time, all the poisons and everything would have killed me,” Reynolds said.

She said that it took her over a year to “get rid of the poisons that they put in me and all this junk to take this child out.” Afterwards, Reynolds said she was “lucky enough” to get pregnant again, but it resulted in a stillbirth.

While anti-abortion laws were still in effect at the time, Reynolds said she insisted on having the fetus removed immediately, and was provided with the life-saving care from doctors who knew what she endured previously.