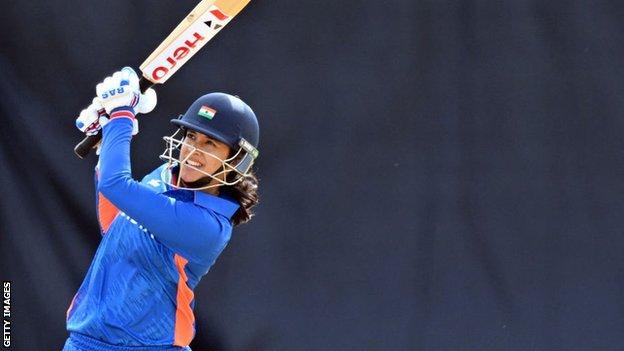 India cruised to an eight-wicket win over fierce rivals Pakistan of their Commonwealth Games cricket match.

Opener Smriti Mandhana struck 63 off 42 balls as India chased down Pakistan’s complete of 99 with 38 balls to spare.

Pakistan, who had been no match for India’s bowling assault, had been dismissed with the ultimate ball of their innings, which had been decreased to 18 overs due to rain at Edgbaston.