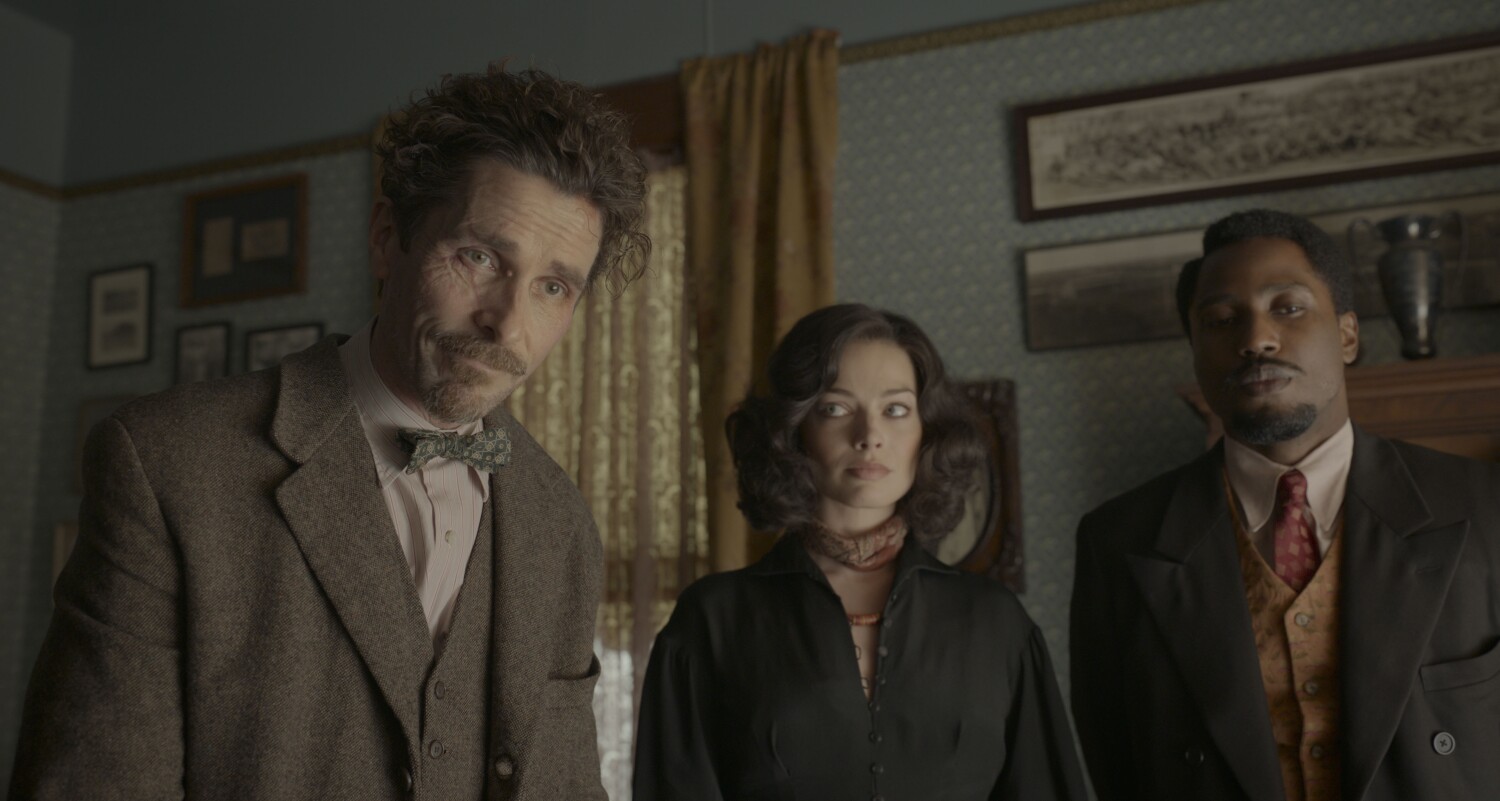 “Cuckoo”— their word, not ours —is perhaps the best way to describe the rapid-fire events in David O. Russell’s 1930s-set caper “Amsterdam,” whose official trailer arrived Wednesday.

Billed as a historical drama but playing out as a comedy much like Russell’s other films, “Amsterdam” stars Christian Bale, Margot Robbie and John David Washington as a doctor, a nurse and a lawyer, respectively.

The 2 1/2-minute new teaser, set to Ten Years After’s 1971 song, “I’d Love to Change the World,” opens with comedian Chris Rock asking Washington’s character Harold why he’s “got a dead white man in a box” and leads to the collegial trio scurrying out of a building with said box.

In fact, the last 30 seconds of the trailer are devoted to introducing the all-star cast and show a glimpse of a red-lipped Swift emoting painfully.

The movie is billed as an “original crime epic about three close friends who find themselves at the center of one of the most shocking secret plots in American history,” according to a statement from Disney, 20th Century Studios’ New Regency Prods and Forest Hill Entertainment. A first look at the tale that “weaves historical fact with fiction” debuted during CinemaCon in Las Vegas in April.

“You don’t get here without things starting a long time ago. So, two soldiers and a nurse found ourselves in … Amsterdam,” Bale’s character, Burt, says in the trailer, with Robbie’s Valerie punctuating the line about the location and telling her wounded new pals that she had to “stab a guy [and] hit a lady with a brick one time.”

“We formed a pact and we swore to protect each other no matter what,” Burt says, explaining that they are being accused of killing someone, “which is not true.”

A title card in the trailer insists that “a lot of this actually happened,” and, naturally, mayhem ensues as the trio tries to deal with the murder victim’s body and the larger scheme the death unravels. They enlist the help of De Niro’s character, who says his friend “was killed because of something monstrous he had seen,” and tells the gang that getting involved could cost him his life.

Cue the comedic relief, when Myers’ Paul tells him, “The cuckoo is in the nest and the cuckoo is about to be trapped” while they stand in the wings of a theater. Shannon, standing by him, claps for emphasis.